Excerpt 1) “When politicians reject verifiable data and reputable research and rely instead on politics or desire, the results can be devastating.”

Excerpt 2 with my emphasis) “…scientific organizations from around the world… have strongly endorsed the safety of G.M. foods. (It should be noted that the U.S. can claim no superiority in our approach to evidence-based science, as demonstrated by the fact that nearly half of the country rejects the “theory” of evolution…)

My comment: Evidence-based science does not support the “theory” of evolution. See for example Clinically Actionable Genotypes Among 10,000 Patients With Preemptive Pharmacogenomic Testing.

The testing links nutrient-dependent RNA-directed DNA methylation and RNA-mediated events to amino acid substitutions that differentiate the cell types of all individuals of all species. For contrast, the “theory” of evolution links mutations to biodiversity. Typically, the “theory” of evolution includes portrayals that supposedly link the epigenetic landscape to the physical landscape of DNA in the organized genomes of species from microbes to man. No mechanisms are described. Most theorists assume natural selection has enough explanatory power and accept that it explains biologically-based cause and effect.

Many serious scientists have not been able to grasp how natural selection for mutations, which perturb protein folding, could lead to increasing organismal complexity. Non-scientists understand that natural selection of food is very important to individual survival, which is critical to the survival of all species. Medical practitioners may or may not realize that the nutrient-dependent physiology of reproduction is important to the survival of all species.

A problem arises with this ‘textbook‘ conclusion: “…genomic conservation and constraint-breaking mutation is the ultimate source of all biological innovations and the enormous amount of biodiversity in this world. In this view of evolution there is no need of considering…”  (p. 199). Others may accuse me of ‘quote mining’ if I do not immediately add another quote from my model of chemical ecology: “Minimally, this model can be compared to any other factual representations of epigenesis and epistasis for determination of the best scientific ‘fit’.” In that context, medical practitioners can provide care with less concern for species than individual differences in genomes.

In case the problem is not clear, the textbook conclusion does not address the fact that epigenesis and epistasis are manifested in the morphological and behavioral phenotypes of species from microbes to man. Instead, constraint-breaking mutation is paired with genomic conservation in a display of ignorance attributed to population geneticists who invented neo-Darwinism. Anyone else who believes that their invented theory was an approach to evidence-based science is not likely to be a serious scientist. Their approach was a trick: “[W]hat Haldane, Fisher, Sewell Wright, Hardy, Weinberg et al. did was invent…. The anglophone tradition was taught. I was taught, and so were my contemporaries, and so were the younger scientists. Evolution was defined as “changes in gene frequencies in natural populations.” The accumulation of genetic mutations was touted to be enough to change one species to another…. No, it wasn’t dishonesty. I think it was wish fulfillment and social momentum. Assumptions, made but not verified, were taught as fact.’ — Susan Mazur (2014)

Here’s another trick. Some evolutionary theorists have realized that there is no evidence that mutations lead to the evolution of biodiversity via natural selection. They are still reporting their findings in the context of the ‘textbook’ conclusion, but lalso leaving out any claims about natural selecton. See, for example: “Others maintain that as random mutations arise, complexity emerges as a side effect, even without natural selection to help it along. Complexity, they say, is not purely the result of millions of years of fine-tuning through natural selection—the process that Richard Dawkins famously dubbed “the blind watchmaker.” To some extent, it just happens.” — Carl Zimmer (2013)

But, I digress. My point is that intelligent people realize the difference between biological facts and ridiculous theories (e.g., of evolution that “just happens”.)

Excerpt 3) “Sir Paul Nurse, a geneticist who received the 2001 Nobel Prize in Physiology or Medicine, and who is the president of the Royal Society*, said, “If the Commission has a plausible plan for ensuring that scientific evidence will be taken seriously they need to start sharing it with people soon.”

I agree. See the monograph: Life, logic and information (pdf opens here) It would be very difficult for any intelligent person to come away from reading that article without realizing the need to examine the fact that Feedback loops link odor and pheromone signaling with reproduction. Thus, in the context of biological facts that refute ridiculous theories about mutations and/or natural selection, we can look at what is currently known about nutrigenomics and pharmacogenomics.

Model organisms place what is known into the context of nutrient uptake and RNA-mediated amino acid substitutions that differentiate cell types via fixation. Fixation and chromosomal rearrangements occur in the context of the nutrient-dependent physiology of species-specific reproduction, which is controlled by the metabolism of the nutrients to pheromones.  In vertebrates, the gonadotropin releasing hormone (GnRH) pulse links the epigenetic effects of food odors and pheromones to the logic of Sir Paul Nurse’s arguments. Logical arguments about information required to meet Darwin’s ‘conditions of life’ must be used to make common sense of the biological facts. The biological facts cause many people to reject the “theory” of evolution and express their concerns about the need for evidence-based science.

Evidence levels and evidence-based science (see Table 5 below from: The Levels of Evidence and their role in Evidence-Based Medicine) 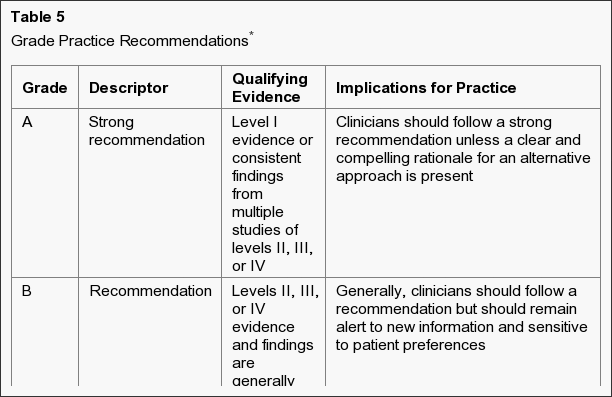 “Level 1 Qualifying Evidence” from Clinically Actionable Genotypes Among 10,000 Patients With Preemptive Pharmacogenomic Testing reveals what is currently known to serious scientists about feedback loops that link metabolic networks and genetic networks to morphological and behavioral phenotypes in species from microbes to man. In mammals, the link from food odors and pheromones to changes in gonadotropin releasing hormone (GnRH) pulse frequency convey RNA-mediated messages to the organized DNA in all cells of all organisms via amino acid substitutions the differentiate types of blood cells. For example: “…the so-called alpha chains of hemoglobin have identical sequences of amino acids in man and the chimpanzee, but they differ in a single amino acid (out of 141) in the gorilla.” Dobzhansky (1973)

The honeybee model organism is currently recognized as the link from life history transitions to what is known about variable phenotypic expression in other species.  For example: “The honeybee already serves as a model organism for studying human immunity, disease resistance, allergic reaction, circadian rhythms, antibiotic resistance, the development of the brain and behavior, mental health, longevity, diseases of the X chromosome, learning and memory, as well as conditioned responses to sensory stimuli (Kohl, 2012). — cited in Kohl (2013): Nutrient-dependent/pheromone-controlled adaptive evolution: a model.

Excerpt 4) “I am appalled at the abolition of the post,” Nigel Brown, the president of the Society for General Microbiology, told the BBC. “Many of the major challenges facing Europe—climate change, food security, healthy ageing, disease control—require scientific input to policy at the very highest level. This is disastrously short-sighted.”

If only consideration of the comments by Sir Paul Nurse and Nigel Brown are considered, the European Science’s Great Leap Backward can be placed into the context of science versus religion. Serious scientists need only examine religious beliefs in the pseudoscientific nonsense touted by evolutionary theorists. Most of theorists still seem to think that beneficial mutations are somehow linked from perturbed protein folding to increasing organismal complexity manifested in morphological and behavioral phenotypes via natural selection, or whatever else that ‘just happens’ to fit their theory.

If not ‘natural selection’ perhaps constraint-breaking mutations, alone. In theory, we may or may not have anything to fear from GMOs. However, the Laws of Physics; the chemistry of protein folding; and the conserved molecular mechanisms of our nutrient-dependent pheromone-controlled physiology of reproduction have not been considered by evolutionary theorists. Their approach to evidence-based science is the simple-minded claim that evolution “…is the ultimate source of all biological innovations and the enormous amount of biodiversity in this world.” — Mutation-Driven Evolution “In this view of evolution there is no need of considering teleological elements.”

See: Roles of Mutation and Selection in Speciation: From Hugo de Vries to the Modern Genomic Era

Excerpt: “we will not consider geographical and ecological factors…. Our primary purpose is to clarify the roles of mutation and selection in the evolution of reproductive isolation and show that the molecular basis of speciation is more complicated than generally thought at present.” (p. 813)

For compaison, see: Israeli Middle Schools School to Include Theory of Evolution

Excerpt: “…learning about evolution is not the primary function of the decision, but rather to use it as a building block for students to learn more about their ecology.”

My comment: Ecological variation leads to ecological adaptations manifested in ecological speciation via metabolic and genetic networks that are conserved in the context of molecular mechanisms that link physics, chemisty, and biology in species from microbes to man via their nutrient-dependent pheromone-controlled physiology of reproduction.

Excerpt: “Evolutionary theory requires extension or even replacement, while physiological science needs to address the exciting possibilities opened up for the future.”

Top-down causation: an integrating theme within and across the sciences?

Excerpt 1) “What is crucially needed is predictions of new tests that will confirm the hypothesis that top-down causation is real…” Excerpt 2) Areas where striking progress is being made in this regard are epigenetics [22] and social neuroscience [23].

Understanding and accounting for relational context is critical for social neuroscience